In summer, Hokkaido draws touring bikers and cyclists like flowers attract honey bees. “Honeybee tribe” (Jap.: mitsubachi-zoku) they are indeed called, the motorcyclists that flock since the 80’s to the most Northern of the Japanese Islands during the flowery time of summer touring from one campground to the next, covering all corners of this beautiful region. 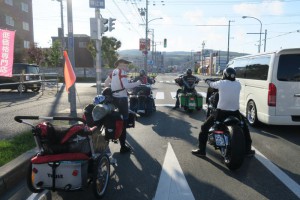 Also for cyclists, Hokkaido seems like Mecca.Few weeks ago in still very remote Tohoku, Northern Honshu, we had noticed the slight increase in overland cyclists heading North (before there were no others, now we saw a handful during 2 weeks). 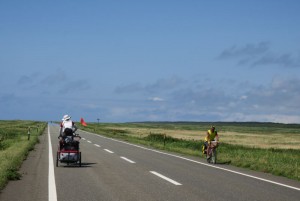 One of the many Touring Cyclists

Here in Hokkaido, the many idyllic, often free campsites appear at the best spots, along the long coast and its beaches, in lush green forests, on a sheer cliff, at lakes or besides rivers. 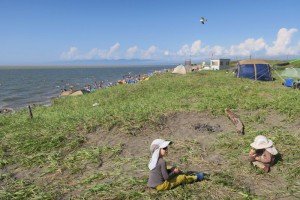 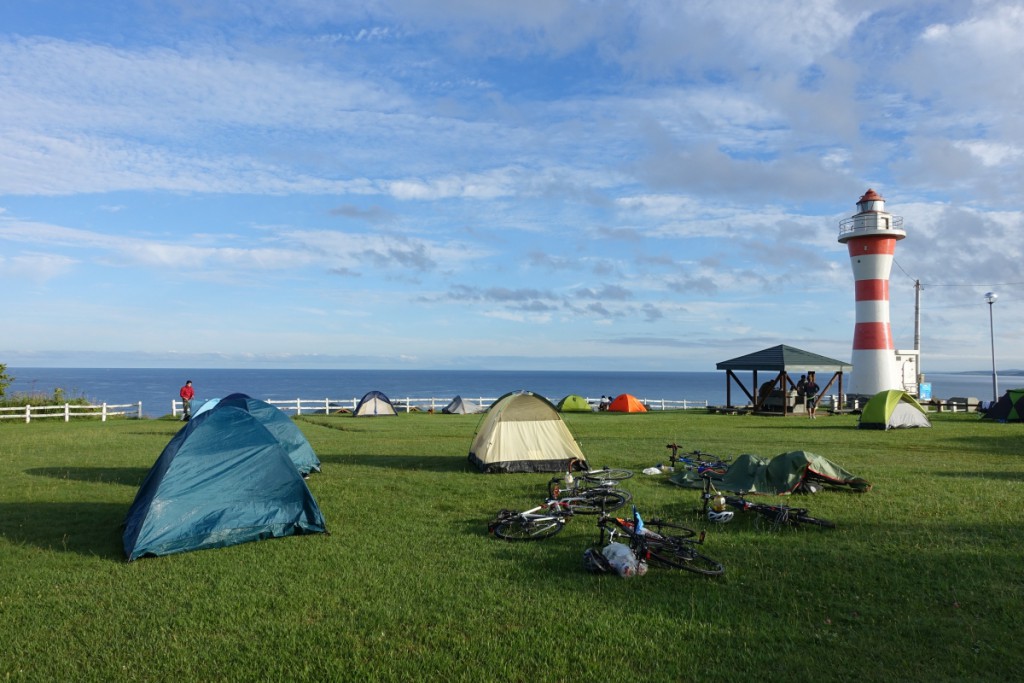 high up in the mountains, 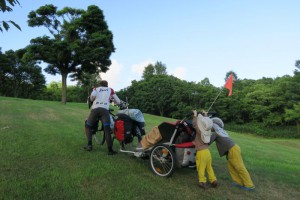 near a beautiful Shinto Gate overlooking the sunset, 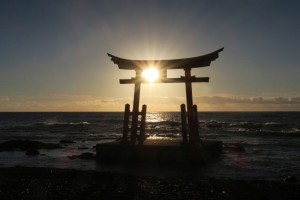 near a historic Samurai museum, 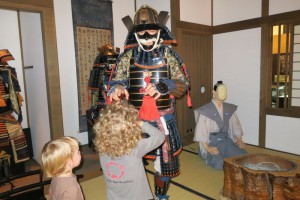 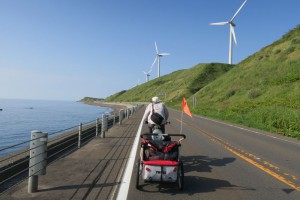 near a Mishi-no-eki (Japanese road side stop),

often with a playground, always nearby an Onsen (Japanese Thermalbath), and a Convenie (small corner shop). 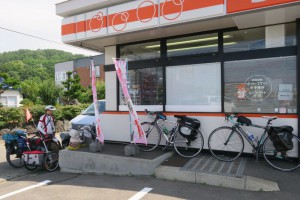 Everybody – bikers and cyclists alike – seems constantly on the move. Arriving during the afternoon, unpacking, pitching the tent, pitching the tarp, cooking or BBQing, washing the dishes, going to bed early. Then packing up in the morning – early again. 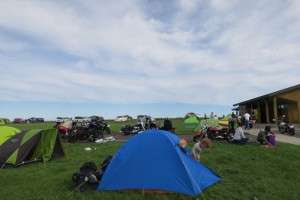 We are often the first to reach the campsites, as we spend less time on the road, but more time playing with/entertaining the kids, and are usually the last to leave the campsites. We are amazed at the free infrastructure that is offered to the modern nomads and also the cleanliness and spotlessness of the campsites. And  there is always toilet paper in the many public toilets.

Here on the road in Hokkaido, we definitely feel very “normal”, as young and old, singles, couples, families, friends are all touring and enjoying the outdoors. 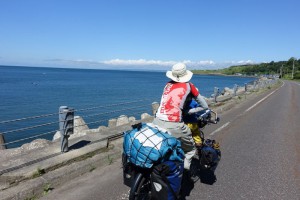 Most just for a few days, some for many months, like us….. While most travelers are Japanese, we have met more Westerners here in Hokakido than on the whole Tour so far.

The Bikers are very cheerful and supportive and we get many “thumbs up” on our way North. 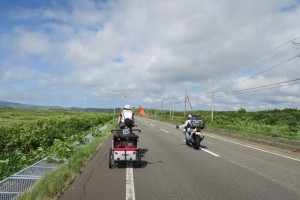 From cool Harley Davidson bikers to Mofa and even electric tricycles, everything is allowed. Amaya quickly adopted the Easyrider style while sitting on the front seat. 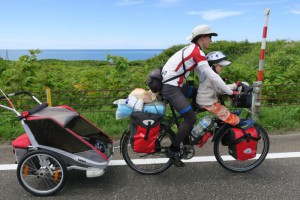 To Amaya’s and Tayanika’s delight, the campsites are also used by daycampers or weekend campers, often families with children and/ or pets looking for new friends. 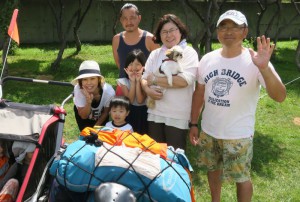 And they quickly learned about the children’s favorite outdoor activities: Amaya enjoyed especially the catching of insects and small reptiles. 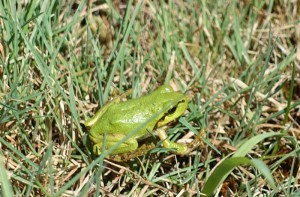 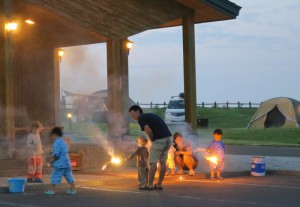 After 4000 km on the road, thereof 2000 km in the saddle of our bicycles, with a mostly Northerly direction, we have reached Wakkanai 3 days ago. Wakkanai (the city with the Russian “subtitles” on their street signs) has been for a longtime our most Northern city target in Japan (besides Cape Myasaki of course, but that’s not a city). So what comes next? 🙂 We’ ll keep you updated:-)
And don’t forget to donate:-) Our donation campaign of a tree for Fukushima is still on, just follow the Link.
in 2016 / Asia / Japan / ZenTour 1 comments
Share