After donating, volunteering and investing into tree planting and forest protection for more than one decade, we were collecting donations for tree planting in Japan in 2016 and 2017.

Our previous tree donations have supported worthy projects in in Africa, Asia and South America. For a flavour of one of our tree donation during the Zen Tour, please read about the TCC / FCC NGO reforesting the Fukushima coast below (full details at the bottom of the post):

We have visited Tochigi Conservation Corps, Japan (TCC) in July 2016 and experienced 1st hand their fantastic forest conservation work. TCC is closely linked with its sister organisation Fukushima Conservation Corps (FCC), which is planting trees and restoring shoreline forests in Fukushima prefecture. The coast has been severely damaged by the 2011 earthquake and its consecutive tsunami. Most of you will know of the devastating nuclear accident that happened in this area. 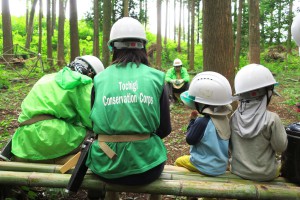 Volunteers with our kids

Since 2000, we support tree planting and forest conservation projects in various countries, that we travel in, by collecting donations and channeling them through to selected projects. We would like to thank our many, many donors throughout the world for their generous support!!! Projects have been selected carefully by us primarily in Africa, South America and Asia.

For example during our Zen Tour in 2016/2017 we have added Japan to our geographies. There, we have met with the team and volunteers of the Tochigi Conservation Corps (TCC), who have a proven track record and are doing a fantastic job. They are undertaking several forest conservation activities, such as cutting the invasive Chinese Bamboo species in forests that have been put under their care. 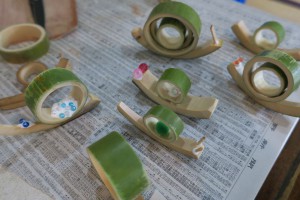 Wood craft made from Bamboo

Additionally they are conducting events for children, families, people with special needs or even companies that involve wood craft and games in the forest (away from the urban city life). 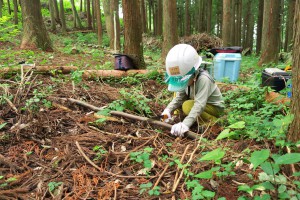 Wood craft in the forest with our kids

TCC’s offers several volunteer programs that attract Japanese and international volunteers alike, be it for just a couple of days, 3 months or even 12 months. http://www.tochigi-cc.org/ 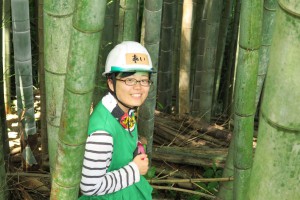 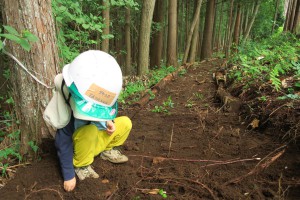 We have made donations for them several times for hundreds of trees for their great work of restoring the forests at the Fukushima shoreline. After the big Earthquake and consecutive Tsunami the forests at the coast have been damaged severely. Most of you will know the Fukushima region for its nuclear disaster at Fukushima Daiichi. The FCC team together with volunteers from TCC are in the vicinity of the Fukushima exclusion zone planting and caring for indigenous Japanese pine trees in Autumn 2016, and maintain the seedlings and young trees in the following years. We are very happy that theses people are ready to go so close to the exclusion zone, many of us would probably not be willing to do this… 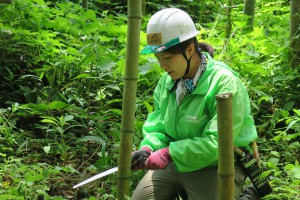